The Emoji Campaign for International students

HIV notifications among heterosexuals and culturally and linguistically diverse (CALD) populations are not decreasing in the same way as with gay men who have sex with men. In response to this Pozhet is delivering a series of social media campaigns which aim to increase awareness of HIV to heterosexuals at risk of HIV. During 2018 and 2019 we have targeted people travelling overseas, CALD communities and heterosexual populations at risk of late diagnoses. Pozhet partnered with the Multicultural HIV and Hepatitis Service (MHAHS) https://www.mhahs.org.au, in the development and implementation of these campaigns. The most recent campaign partners with MHAHS and targets international students living in NSW. The key message is that HIV testing is easy and private / Get tested today. The theme is “Never had a HIV test?”

The Facebook ads and video have been translated into Spanish, Portuguese and simplified Chinese and have been published on Facebook for HIV Testing week. The English version has an audience of Nepalese, Indian and other English speaking students and aims to direct people to the Pozhet website page about testing options. The multilingual versions are directed to the MHAHS testing options pages in the appropriate language. 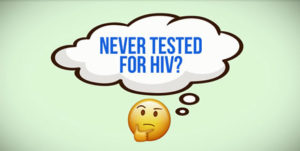 A toolkit has been produced which allows services to download the videos (including multilingual versions) and use them on social media accounts.