In 2020 there was a 33% decrease in HIV diagnoses for NSW residents compared to the previous 5 years. This large decline is also driven by the effects of the COVID-19 pandemic, including restricted movement, altered health-seeking behaviour, lower levels of casual sex activity, as well as altered service provision and access.

As Dr Chant said “Over the longer term, our success in HIV transmission is the result of a combination of strategies, including promotion of condom use, access to pre-exposure prophylaxis (PrEP) antiviral drugs, commencing people on antiviral treatment sooner after diagnosis, treatment as prevention, and harm reduction strategies such as the Needle and Syringe Program.”

Although HIV diagnoses decreased in NSW residents by 19% over the previous 5 years up to 2019, rates for heterosexuals did not decline. This strategy highlights significant facts about HIV and heterosexuals, including that:

This strategy commits to a renewed focus on heterosexuals at risk, including male and female partners of men who have sex with men and people who travel to and from high risk countries. We can reduce the number of preventable HIV infections by ensuring that heterosexuals who travel overseas and their GPs have knowledge about, and can discuss PrEP (pre-exposure prophylaxis).

As community members and health workers have stated for a long time, we need to address the barriers created by stigma if HIV rates are going to reduce for all population groups. Reducing stigma is one of the 4 goals of the strategy and will be considered in the development of all communication and health promotion strategies. Strategy Initiatives will include stigma awareness campaigns.

Hopefully additional efforts on priority populations who have not experienced the same level of recent success, will result in reducing HIV across all populations including heterosexuals. 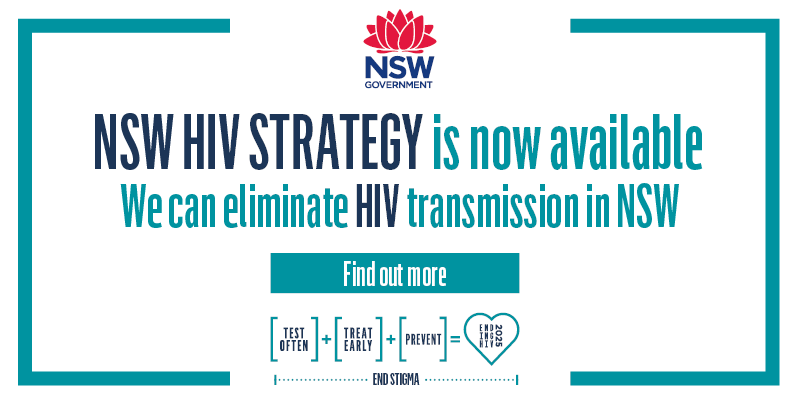