Our resources are listed here for viewing, they are in pdf format only.

a guide for HIV positive women, men and their partners

a heterosexual’s guide to serodiscordant relationships 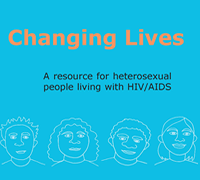 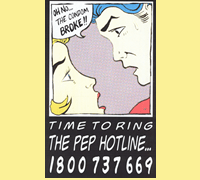 Every person diagnosed with HIV has the right to and should be offered 5 Key Support Services:

The NSW HIV Support Program ensures that expert advice, support and resources needed by doctors to deliver the 5 Key Support Services are available at the time of making an HIV diagnosis.

Dr. Roger Garcia HIV specialist and the Director of HIV from RPA Hospital who has been involved with Pozhet since its early years, opened the Pozhet launch by talking about the history of Pozhet, the new resources and the website.

He spoke about the importance of having a service for heterosexual men and women living with HIV.

The resources Having a Baby and Life Loving and HIV can be accessed on the Pozhet website. Hard copies can be ordered by emailing pozhet@pozhet.org.au.

Dianne Nyoni from Positive Speakers shared her personal story as a woman who was diagnosed late, and is now one of the public faces of women living with HIV in NSW.

At the Pozhet launch in October 2014, she spoke eloquently about her journey and addressed the value of having a service like Pozhet which provided support, education and information for heterosexual men and women who often feel stigmatised and socially isolated.

Rachel Katterl, the Pozhet Coordinator also addressed the attendees, made up of representatives from HIV services, including ACON, Positive Life, Bobby Goldsmith Service, Sydney Local Health District and many other services.

Rachel spoke about the website and all the resources and their focus on man and women in sero-discordant relationships.

In late 2012 Pozhet held a forum for workers, volunteers and community members in the HIV sector called ‘Let’s Go Hetero’

Introduction by Dr Roger Garsia (Royal Prince Alfred Hospital) Dr Garsia introduces the Pozhet ‘Let’s Go Hetero’ Forum held in December 2012. He outlines the profile of heterosexuals with HIV within the wider context of HIV in Australia, showing that there are no stereotypes for heterosexuals with HIV, and that they acquire HIV in a variety of ways.

Dr Virginia Furner (Albion Centre) Dr Furner talks about conception and pregnancy in couples with HIV, particularly serodiscordant couples (where one person has HIV and the other doesn’t)

Tim outlines the current statistics and data for heterosexual HIV transmission and acquisition in NSW.

HIV affects people of different ages, cultures, religions and ways of life. HIV does affect heterosexual people in Australia. HIV does not discriminate. The Heterosexual HIV/AIDS Service (Pozhet) made this video in partnership with Family Planning New South Wales. Thank you to all those involved. For further information on HIV or for sexual health concerns, contact your local HIV service, sexual health centre or Family Planning.

Articles, research, and resources for and about heterosexual PLHIV and partners

Risk of sexual transmission of HIV from a person living with HIV who has an undetectable viral load: Messaging Primer & Consensus Statement

The consensus statement below, addressing HIV transmission risk from PLHIV who have an undetectable viral load, is endorsed by principal investigators from each of the leading studies that examined this issue. It is important that PLHIV, their intimate partners and their healthcare providers have accurate information about risks of sexual transmission of HIV from those successfully on ART.

Sexual transmission of HIV and the law: an Australian medical consensus statement

The consensus statement was written nine leading HIV clinicians and scientists, and published in the Medical Journal of Australia in November 2016.The context of the rapidly evolving science of HIV transmission and diagnosis require the courts to be informed using current evidence. The statement provides current scientific evidence to facilitate just outcomes in Australian criminal cases involving HIV.

Ground breaking research about treatment and prevention of transmission

Published in 2016, the Partner study measured risk using people who were not using condoms (both heterosexual and gay male serodiscordant couples) shows evidence that the risk of transmission when the positive partner is undetectable is effectively zero.

http://arv.ashm.org.au/
Despite substantial advances in prevention and treatment of HIV infection in the United States, the rate of new infections has remained stable. Although earlier prevention interventions mainly were behavioural, recent data demonstrate the strong impact of antiretroviral therapy (ART) on secondary HIV transmission. The most effective strategy to stem the spread of HIV will probably be a combination of behavioural, biological, and pharmacological interventions.

The international START study is one of the most important studies about treatment and changed treatment guidelines around the world. It proved that treatment was beneficial to all people with HIV whatever their CD4 count

afao.org.au/
Timothy Rae Brown was a man who had been ‘cured’ of HIV through a bone marrow transplant conducted as part of his treatment for leukaemia. Brown is now widely known as the only person to have been cured of HIV, and his case is recognised as a ‘game changer’ in clinical research for a HIV cure. However, the success of Brown’s treatment did raise the theoretical possibility that HIV could be curable, opening new space for clinical and social debate about potential research directions. An increase in scientific attention and funding for HIV cure research has followed.

HIV Cure: Stay up to date with the latest research

http://hivcure.com.au/
Developed by NAPWHA in association with the Doherty Institute and the Alfred Hospital, HIV Cure will collate all the latest research news and scientific developments as they happen so that people living with HIV in Australia can be educated, engaged and gain access to the successes being made.

In Australia, ‘treatment-as-prevention’ (TasP) is currently being rolled out across New South Wales (NSW) as part of the state government’s new HIV strategy. Following the promising results of recent clinical trials, antiretroviral treatments have been reframed as a global HIV prevention tool and imbued with great hopes of radically reducing sexual transmissions and even ending the pandemic.

Almost no published research exists specifically on heterosexually-identified men who have sex with men in Australia, and the international literature is also scant. Very little is known about the sexual practices, risk perceptions, or information and service needs of these men more broadly. Funded by BRISE, the Centre for Social Research in Health, in collaboration with Pozhet and representatives of NSW Health sexual health services, conducted exploratory research to investigate the sexual practices, sexual spaces, sexual health knowledge and sexual health needs of these men, and to consider opportunities to better engage them with health promotion and care. This report summarises the key outcomes of this pilot research, which comprised reviewing the literature, analysing existing survey data, appraising the terminology and activities evident in online personal ads posted by straight men who have sex with men, and conducting qualitative interviews with 30 professionals employed in health services, health promotion and other relevant roles in New South Wales

Transmission and prevention of HIV among heterosexual populations in Australia (2014):

Persson AS, 2012, ‘The undoing and doing of sexual identity among HIV-positive heterosexual men in Australia’, Men and Masculinities, vol. 15, pp. 311-328, journals.sagepub.com/

Positive Women: Support and advocacy for women living with HIV

In Australia, women represent a small proportion of the total population of people living with HIV. As of 31 December 2010, a total of 21,391 people were estimated to be living with a diagnosed HIV infection in Australia, of whom 1,984 (9.3%) were women. Due to Australia’s large size and moderate population, the small number of women living with HIV are widely dispersed, often isolated and almost invisible within the epidemic.

Living with HIV and cultural diversity in Sydney:

Aboriginal and Torres Strait Islander community input and the Australian HIV response (May 2015):

Ahead of time: A practical guide to growing older with HIV

napwha.org.au/
The impact of HIV on our bodies and on the immune system as we get older is greatly affected by ageing. HIV affects each of us differently. Some people progress to symptoms very quickly, while others live for 20-plus years without any signs of immune suppression or symptoms.

Each of us ages differently as well. How well we age and how the ageing of our bodies impacts upon our health is unique to each of us. Therefore, HIV infection —coupled with natural ageing— creates added challenges for maintaining good health.